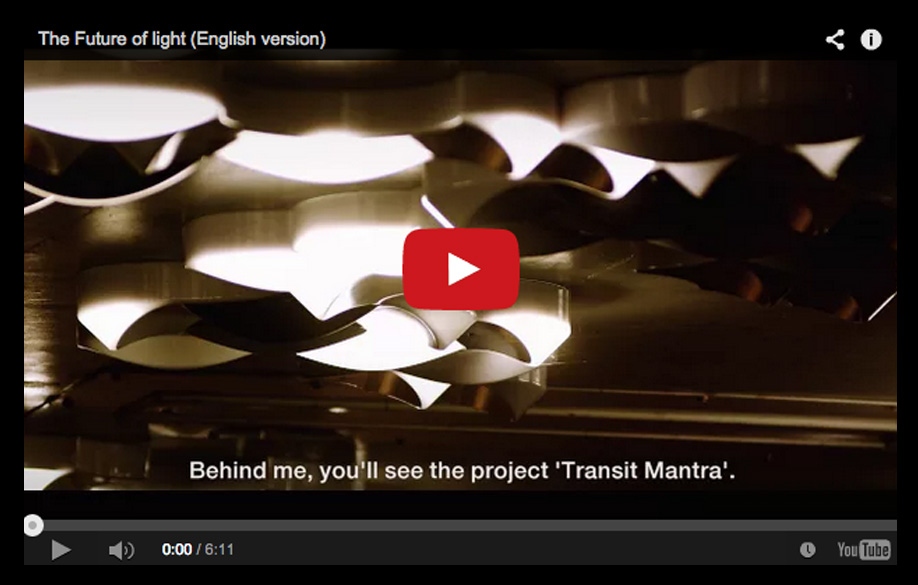 The city of Eindhoven has a reputation as a pioneer in light design. Not only is the city known for being the mother of the first lightbulb factory ever (Philips), it is still a great forerunner in light concepts. The city council has a clear goal: to use lighting in the public space in such an innovative way that it contributes to the quality of life in the city. To communicate this goal they launched a movie in which our installation Transit Mantra is featured as well. The movie has been shown during the annual GLOW festival.